The church as it now stands incorporates elements from the 1820s and the 1850s, but its exterior appearance reflects the thorough remodeling by architect Bottomley in the 1920s. Although the congregation initially sought a design for a new church, in light of their limited budget, Bottomley planned a “restoration” that transformed it into a felicitous new version of the Gothic Revival, veneered in brick in Flemish bond that harmonizes with the earlier architecture of the community. The interior retains some vestiges of the 19th century building. 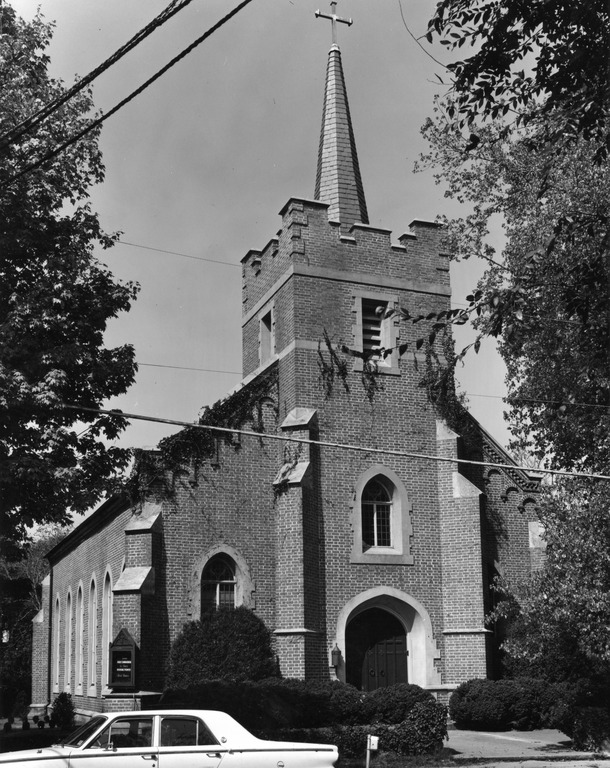