Architect Alexander Jackson Davis drew plans for an immense quadrangle, of which only one section was completed. Several images of the proposed and constructed building appear in Edward T. Davis and John L. Sanders, A Romantic Architect in Antebellum North Carolina: The Works of Alexander Jackson Davis (2000), including a romantic bird’s-eye view landscape centered on the envisioned quadrangle. Chambers Hall burned in 1921 and another large building was erected and given the name Chambers. 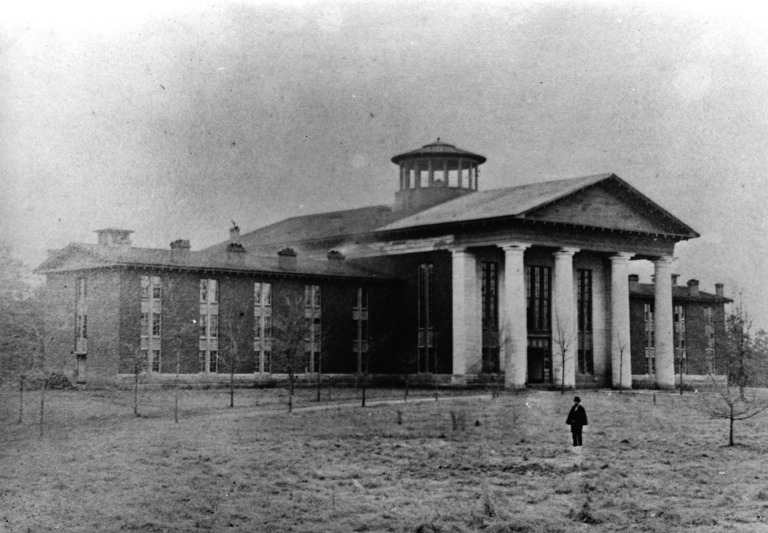