The Yarborough House hotel was a major project and investment for Dabney Cosby. In addition to his own workmen, he hired others to work on the project, including the free black carpenter James Boon and Boon’s employees. Work began in September, 1849 and continued through December, 1850. With the building taking form, the Raleigh North Carolina Standard reported on August 28, 1850 that the hotel, 131 feet long on the street front, was “in the Italian style of Architecture,” built of brick and roughcast to imitate stone, and had been designed by that accomplished and skilful architect, John W. Cosby, Esq., of Raleigh.” When it opened to customers even before it was finished, the elder Cosby wrote with satisfaction, “The Yarborough House is filled with the best custom, all the Big fish are with us and a good many Ladies also and if as big again would have been filled up” (Dabney Cosby to Dabney Cosby, Jr., November 28, 1850, Dabney Cosby Papers, Southern Historical Collection). Cosby subsequently purchased full interests in the hotel, and later sold it. Expanded and updated over the years, it was the city’s leading hotel until it burned in 1928. 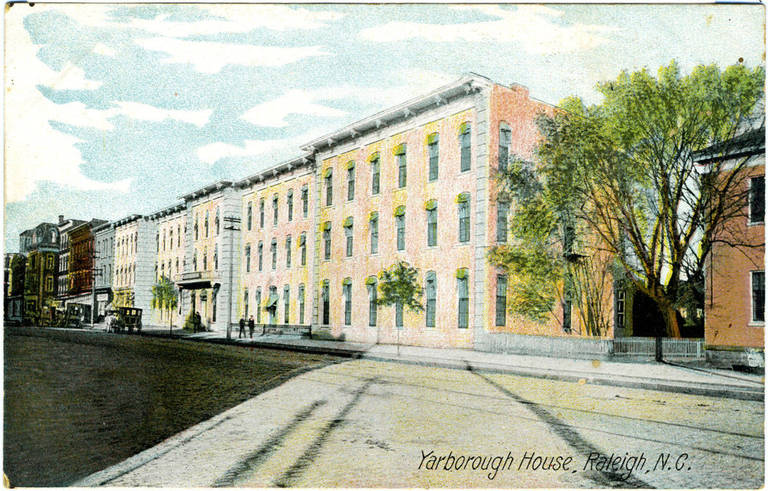