The date of White Oak is uncertain: though assumed to date from the late 18th century, probably the 1790s, stylistically it could have been erected in the early 19th century. Especially intriguing is an account reported in the Raleigh Times of September 12, 1964, about the Hairr family’s renovation of the house: “Jessie Austin, who owns part of the original tract of land thought to be 6,000 acres, says that. . . Parker Rand of Garner says that the house was built by the great, great grandfather of Jimmy Briggs of Briggs Hardware Company in Raleigh.” Although no further documentation is known, the specificity of the attribution (John J. Briggs was indeed the great-great grandfather of James Briggs of Raleigh) coupled with the stylistic similarities to other work by Briggs make the account credible. 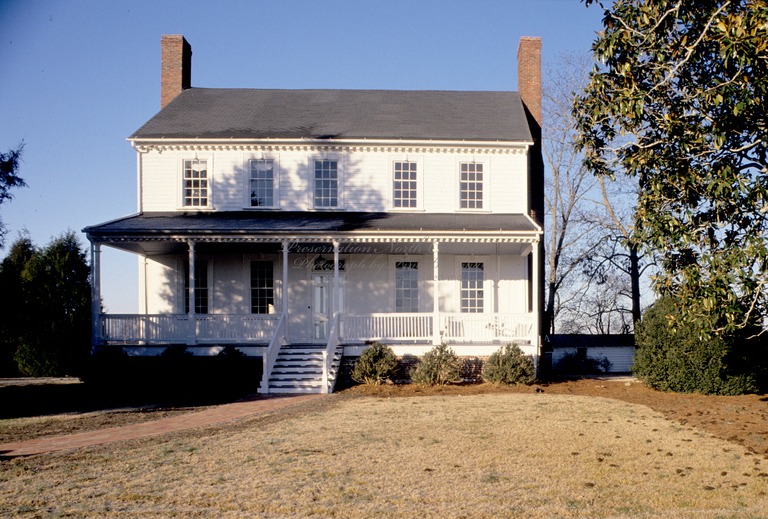