The hardware business founded by Thomas Briggs and James Dodd in 1865 prospered. In 1868, the partners separated by mutual consent. Thereafter, Briggs Hardware was operated by Thomas H. Briggs, Sr., and his sons, James and Thomas H., Jr., and later by the next generations of the family. They built the present Italianate brick building in 1874. In 1915, John D. Briggs remodeled the street level store front. Over the years, its upper stories held the city’s first YMCA, Raleigh’s first Catholic Church, the Raleigh Little Theatre, and the State Hall of History and Museum. In 1994, the family decided to relocate the Briggs Hardware business to another site in Raleigh. To preserve the downtown landmark, Preservation North Carolina and the A.J. Fletcher Foundation acquired and rehabilitated the building in 1997-1998. 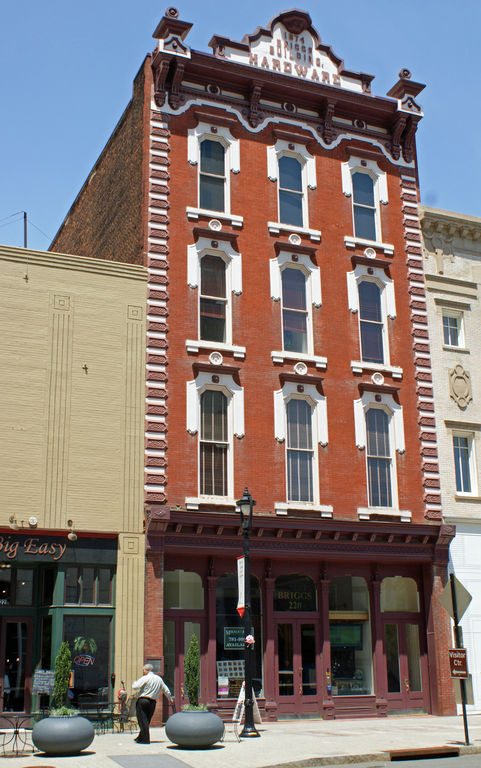