The Asheville Citizen of Jan. 21,1923, reported of the Bon Marche store, “Original Plans as prepared by W.L. Stoddardt [sic], well known architect, of New York City, called for a building seven stories high.” The owners decided to built it to five stores with potential to add later. On Nov. 15, 1923, the newspaper reported the opening of the store. The Pack Memorial Library in Asheville has plans for Bon Marche drawn by Stoddart in 1923. The illustration shows a view of Hawywood St. with the Bon Marche building on the left. 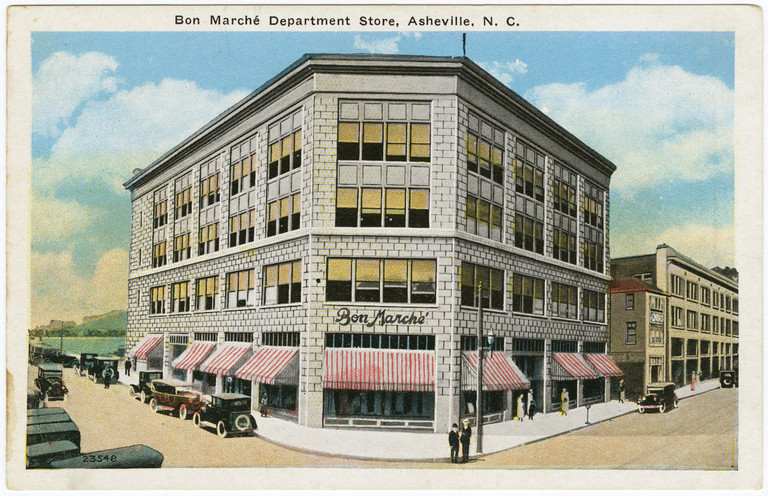