The 1892 Montford Avenue School, built on the site of the earlier Asheville Military Academy, was razed in 1951 for a new school building on the same site. The Asheville Daily Citizen May 10, 1892, published a drawing of the school and, probably reflecting the architect’s language, reported, “The exterior is a well proportioned façade with a classic feeling in the design singularly appropriate to a public school building, the pilastered wings and gables on each end being in perfect accord with the beautiful tower, which lends a peculiar grace to the whole building… The building is to be finished outside in fine brick work, trimmed with terra cotta frieze under the cornice and terra cotta capitals to the pilasters… The roof is covered with ‘Spanish tiles’ which brake the monotony of a plain roof.” 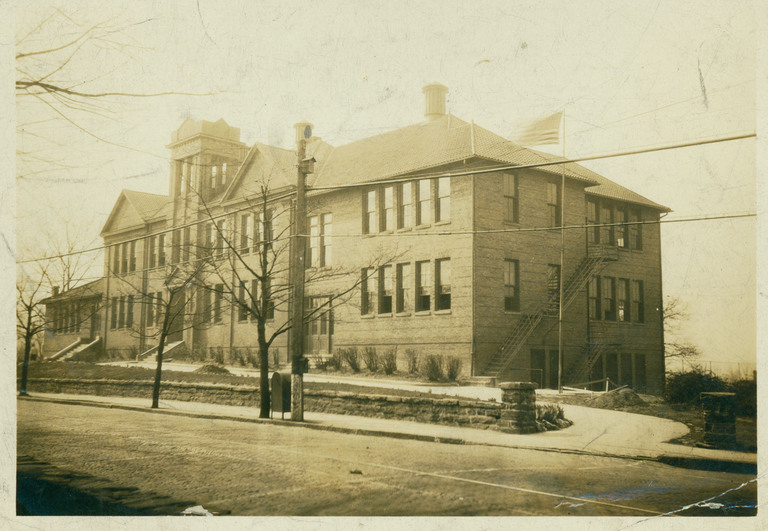