According to a history of the church in the Asheville Citizen (July 17, 1960), the 1892 church was built at a cost of $30,000, with “a sizable portion” of the money borrowed against pledges by members. When “the financial panic of 1892 swept the country, banks failed and many members were unable to meet their pledges. During the 10 years that followed, every effort and sacrifice was made to meet the debt. In January, 1901, the congregation finally completed payment of the debt, which, with interest, had risen to $40,000.” It seems likely that architect Wills may not have received his full fee for the work. The church was razed in November 1927. 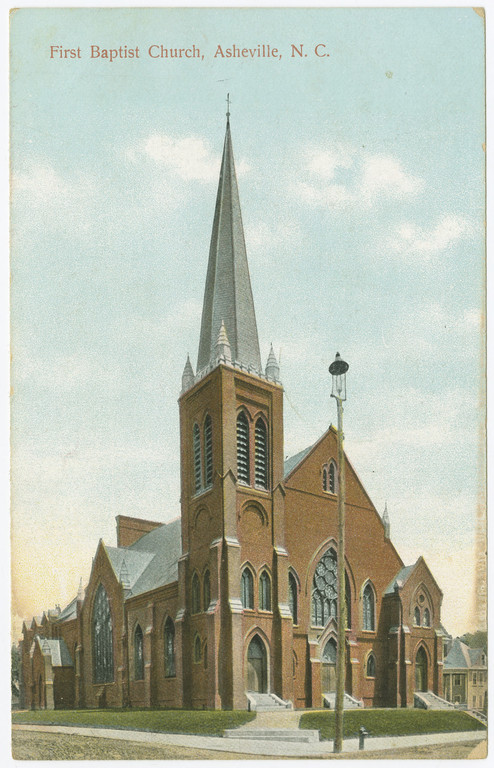