Riddick Field was created in 1907 for North Carolina State University’s football and baseball teams. With the addition of the west stands (1916), east stands (1933) and the Field House (1938), it became Riddick Stadium. After a last game against Florida State University on November 13, 1965, Riddick Stadium was closed and replaced by the much larger Carter-Finley Stadium as home of the university’s football team. The last remains of the stadium, its concrete west stands, were demolished in 2005. The Field House was razed in 2013. 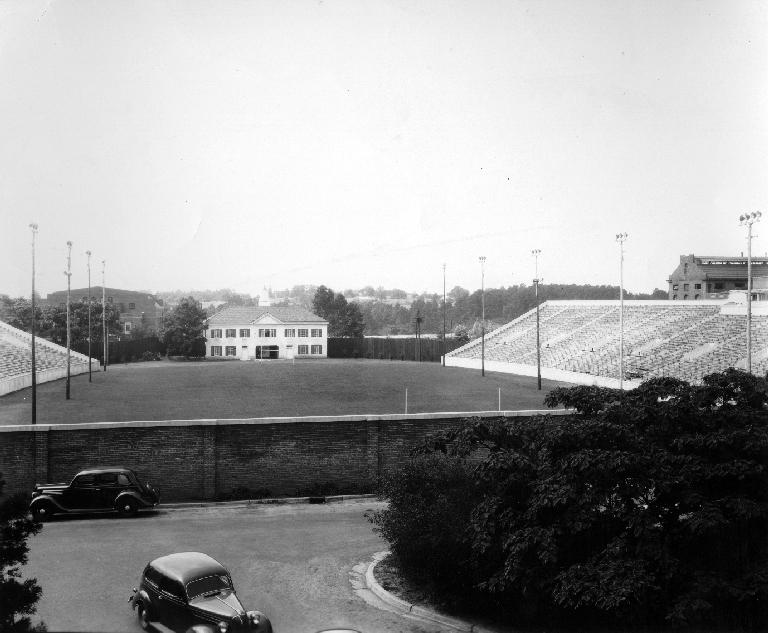