Of the grand department stores that once drew customers from far and wide to downtown Charlotte—Belk’s, Efird’s, and Ivey’s—only the magnificent Gothic Revival style Ivey’s with its terra cotta façades still stands, converted to a new use. According to Dan L. Morrill and Stewart Gray, company founder J. B. Ivey was a devout Methodist, who “insisted that the curtains be drawn in his store windows on Sundays, so that the pedestrians would not be tempted to consider matters of this world on the Lord’s day.” 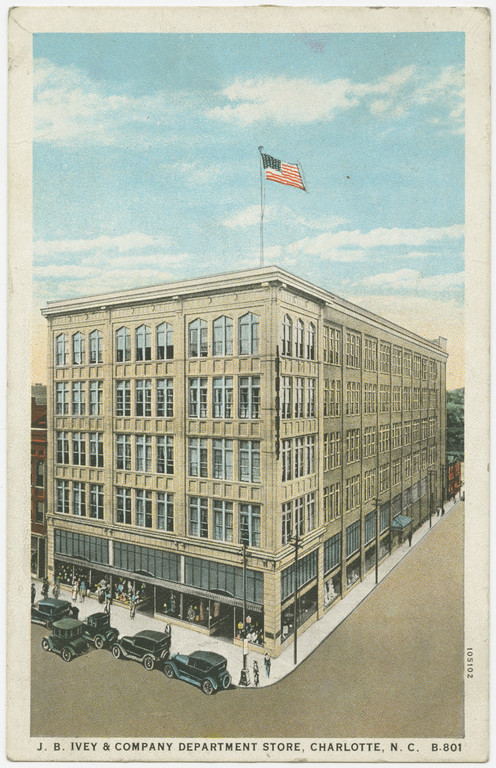