Although the Bailey House has undergone extensive alterations, including the replacement of the porch columns, windows, sidelights, and transoms, the county architectural survey from the 1980s recorded features associated with Tavis: asymmetrical sidelights, flush sheathing under the porch, and square Tuscan columns as well as characteristic interior woodwork. John Chambers purchased the property in 1854; his daughter married Benjamin Bailey in 1855. When the Baileys bought the property from Chambers in 1857, the deed noted that the couple already lived on the property, presumably in this house. 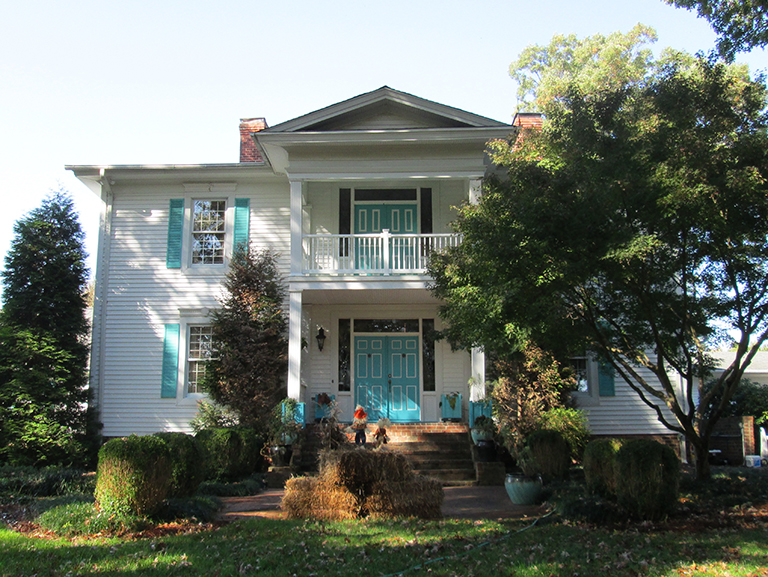