Slightly smaller than the Bailey and Stedman-Rainey-Savage Houses, the house is otherwise nearly identical to those and the Mays-Bynum House. Despite renovations, its exterior is the most intact of the known Tavis houses, displaying original moldings, flush sheathing, windows, sidelights, transoms, double-leaf doors, and pedimented portico. It was built for Hampton and Mary Bynum, and after Hampton Bynum’s death in 1860, the house passed to his daughter, Martha Chambers, daughter-in-law of John W. Chambers, builder of the Bailey House. 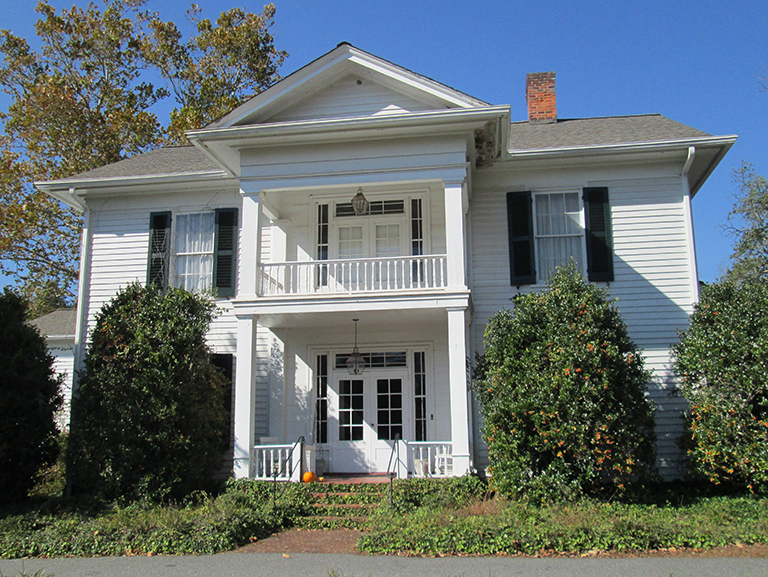