The postcard seen here depicts the Fleetwood Hotel as its sponsors envisioned it, but it was never completed. Although the steel frame was raised, other work stopped at the 13th floor. After standing unfinished for years, the Fleetwood Hotel was razed in 1936-1937 and its materials were salvaged, as reported in the Burlington, N. C. Daily Times-News, July 4, 1936. Meanwhile, the ruin attracted visitors and legends, and hundreds of bathtubs and other fixtures for the hotel were quietly removed from the site and reused in homes throughout the locale. See http://cdm15733.contentdm.oclc.org/cdm/search/searchterm/Beacham for photographs of the Fleetwood Hotel under construction and as left unfinished in 1926. 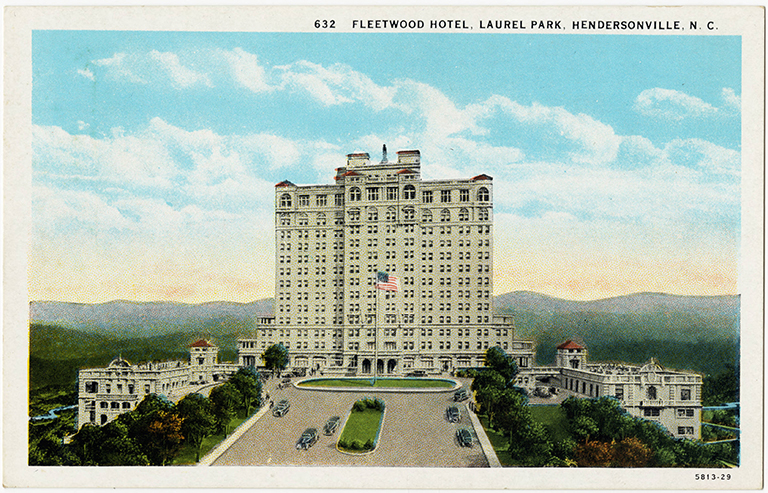