The imposing Gothic Revival church is a landmark of downtown Salisbury; it was built for a venerable congregation that was described in the 1920s as the largest of its denomination in the state. In 2014 church leaders discovered in their records a blueprint of the church by J. M. McMichael. The Charlotte architect, known as a prolific designer of churches, also planned other buildings in Salisbury. 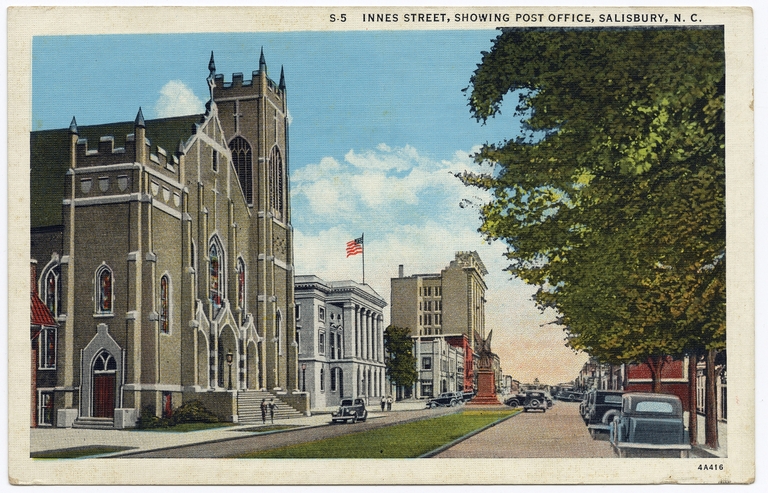