The landmark of modernist design received an NCAIA Award of Merit in 1964 and was featured on the front page of the New York Times of April 25, 1965 as a notable example of “taste and good design.” In 1970 Small planned an addition in similar style for Unigard, a successor owner, which created additional usable space in the basement and nearly doubled the size of the original building with an addition to the rear (west). Very similar to it was the Midwestern headquarters for the Northwestern Mutual Insurance Company (1965) in Chicago, which no longer stands. As of 2014, it was endangered by the owner’s plans to demolish it and build a new and larger structure on the site. Although North Carolina Modernist Houses and Preservation North Carolina and others campaigned to preserve it, the building was demolished in 2016. One of a number of fine modernist works lost in the 21st century, including several designed by Small. Tt was regarded as one of the finest examples of Miesian architecture in North Carolina. A new office building now occupies the site. 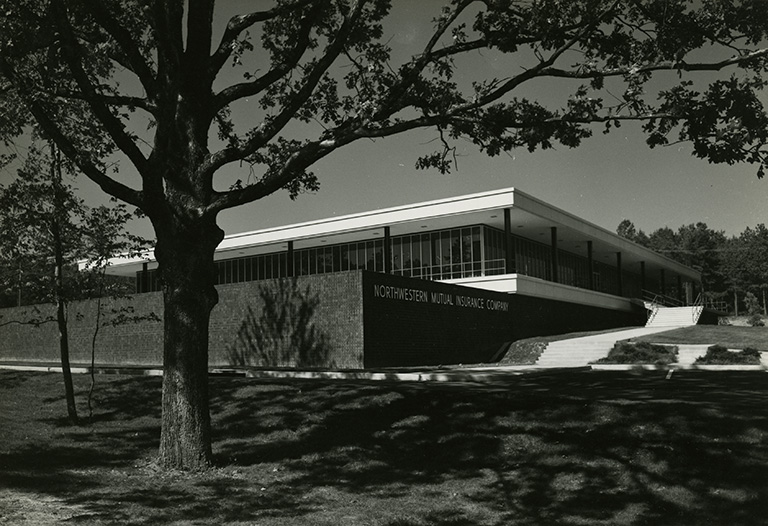