According to G. Milton Small III, the shell of the skyscraper was designed by Emory Roth Architects in New York City (who Small III believes also did construction documents for many of Mies’s buildings), while G. Milton Small Jr. as a consultant to BB&T worked with Roth during the shell design and provided the interior design for all the banking floors. The Wilson-based BB&T company wanted to establish its headquarters and its position in Raleigh with a skyscraper akin to those in Manhattan, influenced by Mies van der Rohe’s famed Seagram Building of 1958. Although the banking floor was redesigned in 1998, the building maintains its character as a defining landmark of Raleigh’s main street. A copy of the drawings is held by Special Collections, NC State University Libraries. The postcard view show the building on the right. 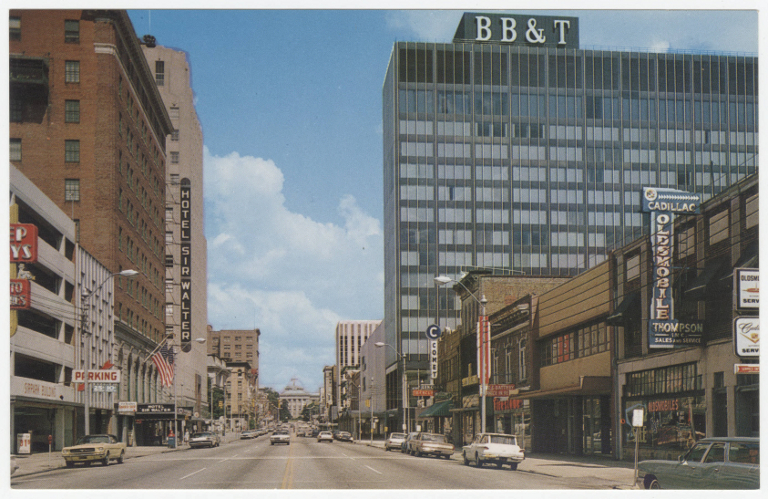