For George Watts’s second hospital given to Durham, Taylor planned the initial seven buildings of the campus in a “modified Spanish mission type” laid out according to current standards of medical treatment. When the contract for the project was announced in 1908, the Charlotte Observer ofApril 9 lauded Taylor as the “greatest hospital architect in the world.” Open porches and balconies, many windows, and a cheerful décor were intended to enhance residents’ health. The Greensboro Daily News of December 3, 1909, reported at the dedication of the hospital that its architect, Taylor, had died before it was completed, and cited Wilson of Richmond (who had built Richmond’s Jefferson Hotel) as the builder. The following year, the Manufacturers’ Record (March 10, 1910), noted Kendall, Taylor, and Company as architects of an additional pavilion at the Watts Hospital. Other structures including the Valinda Beale Watts Pavilion (1926) were planned by architect Arthur C. Nash and followed similar concepts. In the 1980s the facility was renovated to an innovative state school. 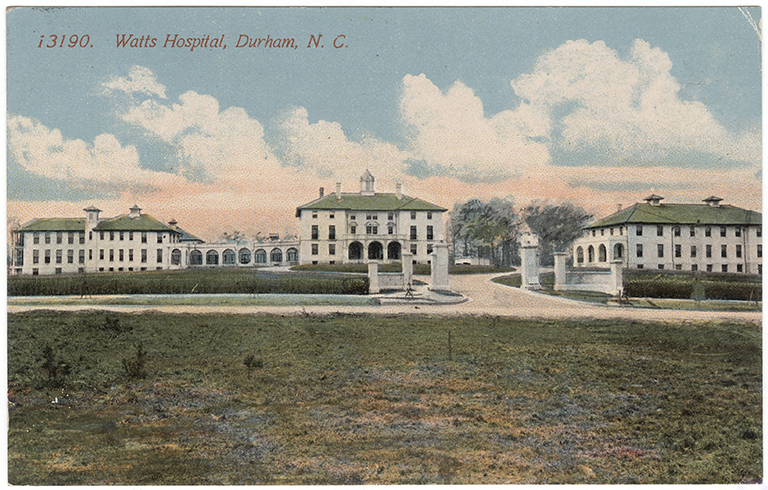