The Spanish Revival style mansion is Durham’s most opulent survivor of the period revival residences built for the city’s early 20th century elite. It was built for financier and philanthropist John Sprunt Hill and his wife Annie Louise Watts Hill, the only daughter of tobacconist and philanthropist George Watts. Watts purchased the prominent lot on Morehead Hill for his daughter and son-in-law in 1909 as site of their new home. It was located not far from Watts’s own mansion designed by Taylor. According to Howard E. Covington’s book Favored by Fortune: George W. Watts and the Hills of Durham, in 1908 Hill asked Taylor to prepare designs for his new residence, but Taylor’s plans “did not excite Hill or his wife, so they postponed a decision” until after a summer visit to New England and New York “where they hoped to be inspired by designs.” Other delays ensued. After Taylor’s death in 1909, his partner Kendall continued under the firm name for several years and took on the project for the Hills’ residence. The extant plans for the house are marked “revised April 14, 1911,” and various sheets are initialed FCL, GWP (March 25, 1911), and EWO (Bishir, telephone conversation with Joanne Goodwyn, Hill House, Nov. 11, 2014). In recognition of his wife’s participation in civic functions, John Sprunt Hill’s will established a trust, the Annie Watts Hill Fund, so that Hill House would serve as a continuing memorial to her. It has been restored and serves as a meeting place for women’s groups and home to the Junior League of Durham and Orange counties. 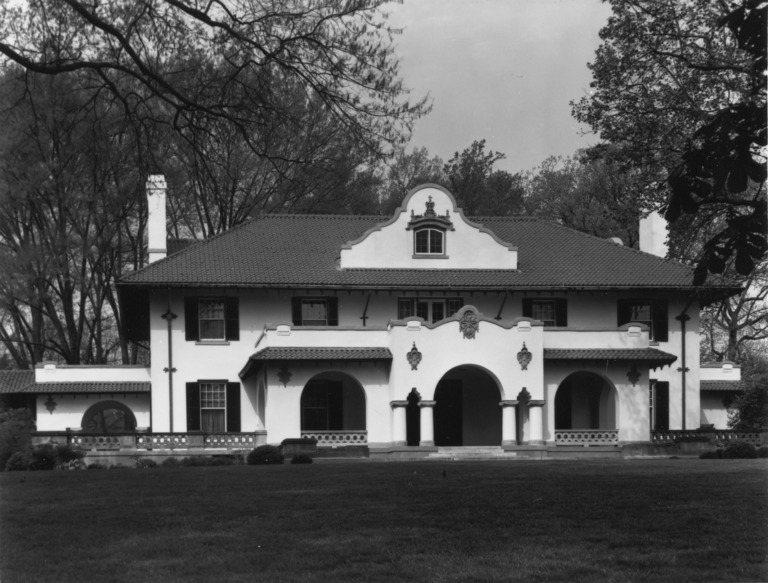