The congregation of St. Joseph’s A. M. E. Church originated in 1869 under the leadership of the Reverend Edian D. Markham. After worshiping in a brush arbor and two frame churches known as Union Bethel, in 1890 the congregation began fundraising for a more substantial church. Tobacco industrialists Washington Duke and Julian S. Carr both contributed substantially to the endeavor, and Duke’s portrait appears in stained glass on the main façade. It may have been through his Duke connections that Leary took the commission to design the large, towered Gothic Revival brick church. The cornerstone was laid in 1891 and the congregation adopted the name, St. Joseph’s A. M. E. Church. The church features a spacious auditorium plan. The brick is described as having been made in the brickyard of leading black citizen Richard B. Fitzgerald. Construction took several years to complete. After long service as a religious center in the midst of Durham’s Hayti neighborhood, in 1975 the building became a community arts center. It is the principal surviving work by Samuel L. Leary in North Carolina. 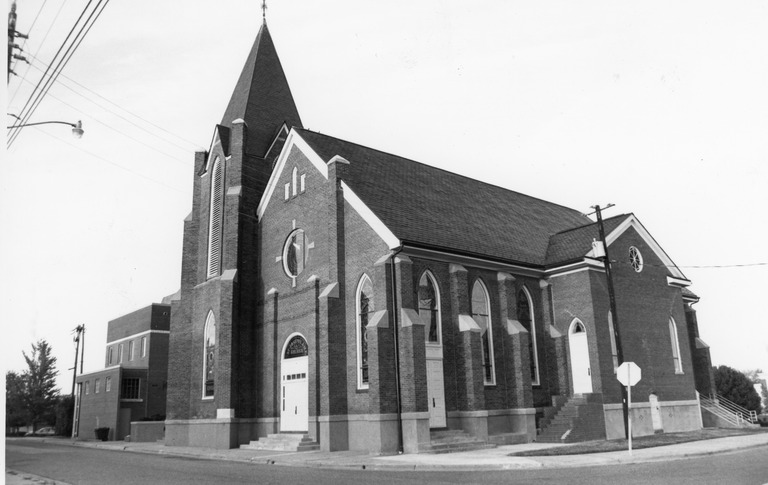