The 16-story skyscraper in classical base-shaft-capital format was built on a prominent site formerly occupied by Durham’s Academy of Music. Local papers avidly reported the progress on construction of the hotel, such as the Durham Sun of March 29, 1925, which noted the interior work nearing completion. Opened on October 21, 1925, the hotel quickly became a prime social and political center for the city. It was imploded in 1975, and its loss was mourned by many in Durham. 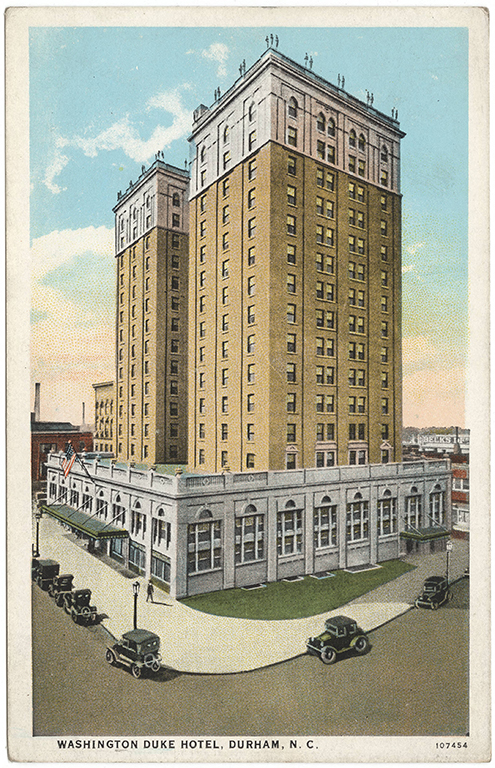