The full-blown example of the Queen Anne style was built for a prominent merchant in about 1895. Like the Robert R. Bellamy House it was cited in the Wilmington newspaper in 1897 as one of the local works by Getaz and Hanna. They were among several impressive Queen Anne houses built in late 19th century Wilmington, of which a few survive. The Wilmington Messenger reported on June 18, 1895, that C. W. Worth had sold the old frame house on his lot on 3rd Street to John McIntee (who intended to move to his lot nearby), presumably in preparation for building his new residence. C. W. Worth was one of several men involved in January, 1895, in contemplating a new cotton mill in Wilmington. The architect has not been identified. 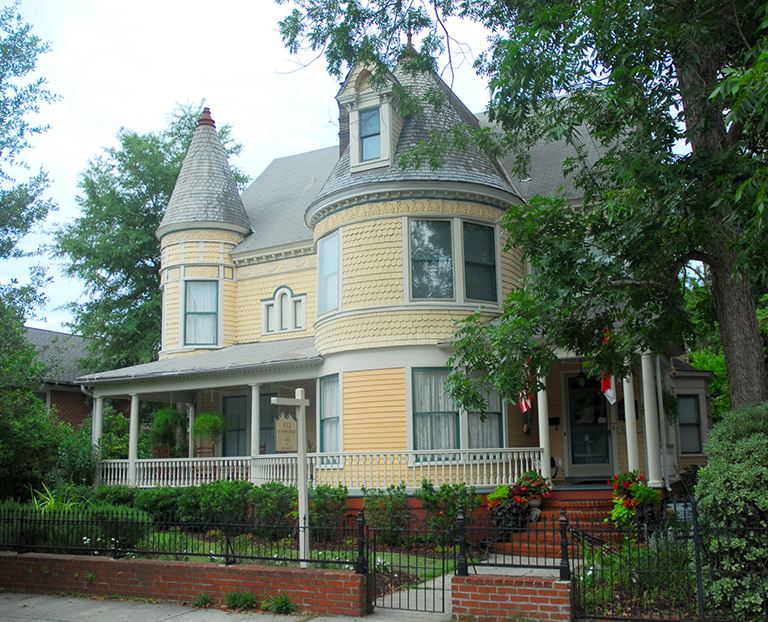