Laura A. W. Phillips and Deborah Thompson, Transylvania: An Architectural History of a Mountain County (1998).

The earliest of Brevard’s major stone houses, the Morrow House is also the most sophisticated in design, being a faithful version of the Craftsman style, stone “English cottages” promoted by Gustav Stickley. Royal H. Morrow was a civil engineer from Ohio, and Louise, also from Ohio, took an interest in the arts. Mr. Morrow was involved in building many bridges and camps using local materials. The couple moved to Brevard to better educate their children and built this stone house, which has a date stone of 1915. Morrow family describes Bob Kilpatrick as the contractor, an Englishman named Norwood as head carpenter, and the Wright brothers as the stonemasons. (As explained in the main text, the Morrow family tradition of the Wright brothers’ role has been questioned because of the Wright family tradition of the Wrights’ arrival in 1919, but since at least William B. F. Wright was in Brevard from 1914 onward, and could have had help from his father and brothers still living in Hendersonville, the attribution is entirely possible.) 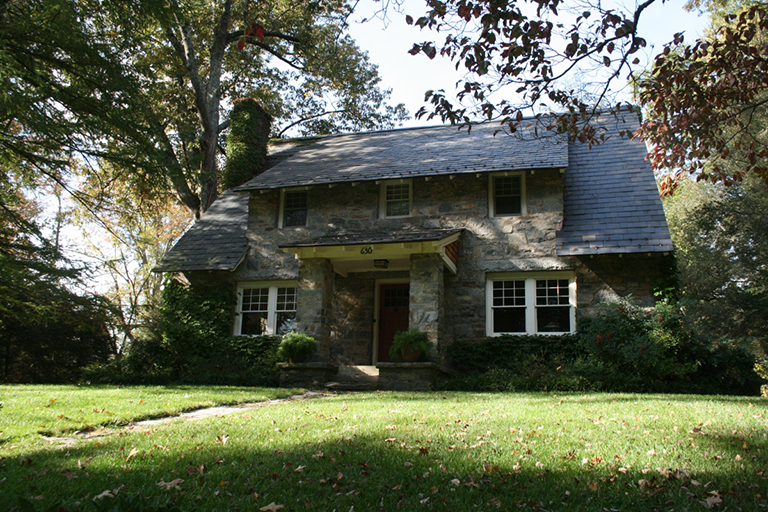