As described by Tony P. Wrenn in Wilmington, there were logistical and financial problems with the contractor, Walter Clark, who disappeared and declared bankruptcy. A brief account of the “muddle in Wilmington” appeared in the Greenville, S. C. Greenville News of December 14, 1924. The 9-story hotel originally contained 150 rooms and featured many amenities. It was expanded along 2nd St. in 1936. In the 1980s it was renovated for housing for senior citizens. 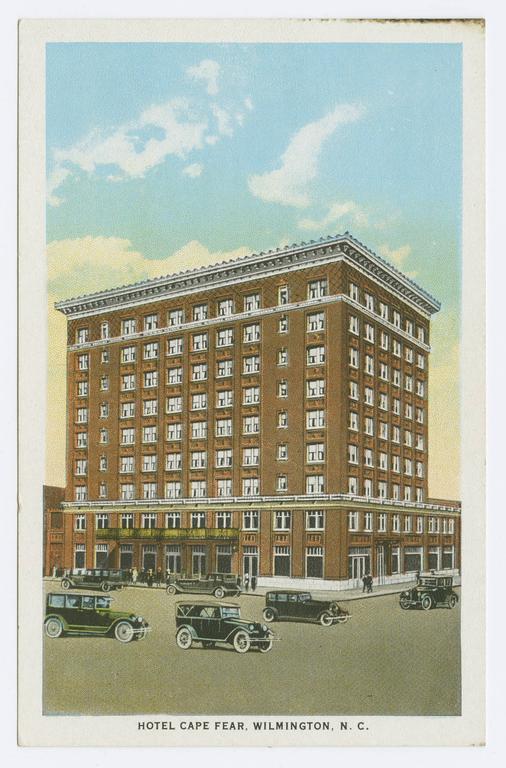