The Raleigh News and Observer of July 25, 1922, reported that plans for the 10-story Odd Fellows Building at the corner of Salisbury and Hargett Streets had “gone a step further in the retention of G. Lloyd Preacher & Co., Atlanta, architects to prepare plans for the structure,” with one Nicholas Mitchell, “in charge of the Raleigh office of the company” producing the plans. It was to follow a classically influenced design, with the top to feature “details from an ancient temple.” Like many other skyscrapers of the era, it followed a classical base-shaft-capital organization, with pilasters and modillions at the base and cap. The building was completed in the spring of 1924. The Odd Fellows Building and the Cape Fear Hotel in Wilmington are the two known examples in North Carolina of buildings designed by G. Lloyd Preacher’s prolific and well-known Atlanta firm. Preacher had established his firm in Atlanta in 1922 and in 1923 opened his first out-of-state office in Raleigh. 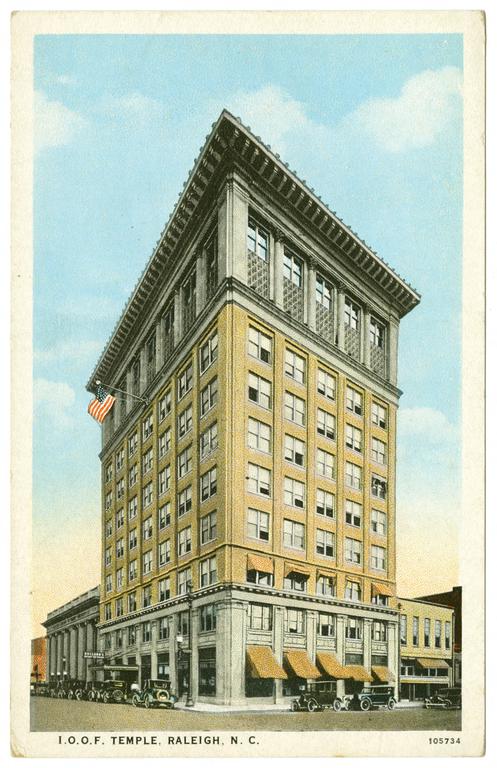