The Renaissance Revival country house, known as the grandest residence in greater High Point, was built for George T. Penny, who with his brother Jim composed “The World’s Original Twin Auctioneers” and prospered in the real estate business. The mansion was located in a relatively rural area, and within five years of its completion, George and his wife Lena moved to Greensboro and leased out their country house, which later served various purposes including a nursing facility and a convent. It is now part of a continuing care community. 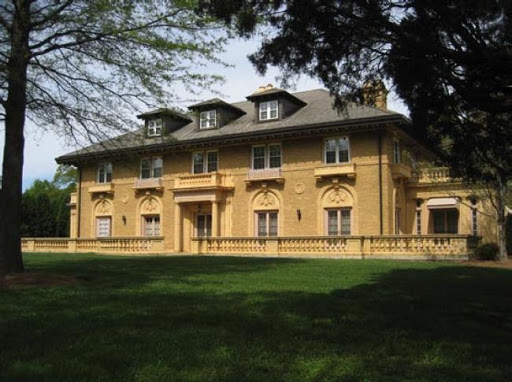