The house was built for Sara V. Ecker Watts Morrison, the wealthy widow of Durham industrialist George W. Watts, an associate of the Duke family, and her second husband, Cameron Morrison, who served as governor (1921-1925) and later in Congress. He and Sarah married in 1924. After his gubernatorial term, Sara and Cameron Morrison established a model farm outside of Charlotte. Cameron Morrison freely acknowledged that Morrocroft was built with his wife’s money, and she took a lead role in working with the architect and contractors. 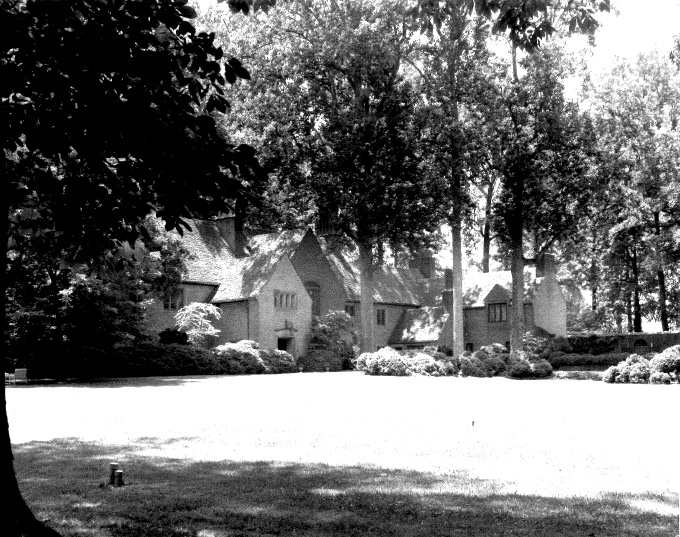