The distinctive edifice has been described as the first cylindrical classroom building erected on a university camps. The Raleigh News and Observer, April 2, 1961, cited Meir as engineer and Holloway-Reeves and Waugh as architects. The building was planned to add a maximum number of classrooms for the fast-growing university, a goal it met very well. According to the News and Observer of May 17, 2016, it accommodated up to 4,500 students, and roughly 85 percent of NCSU students attended a class there at some point. See Elizabeth Culbertson Waugh, North Carolina’s Capital, Raleigh (1967) for a brief description of how the structure was built and meant to work. The complex and innovative design had a number of functional problems, however. According to the News and Observer of June 16, 2016, it was “the most-used academic building in the UNC system for decades and was widely disliked for its uncomfortable seating, loud heating and cooling system, lack of natural light, and pie slice-shaped bathroom stalls.” There were also issues of circulation, universal access, and classroom configurations. The university considered renovations to solve the problems but concluded they were not feasible. Harrelson Hall was razed in 2016-2017. 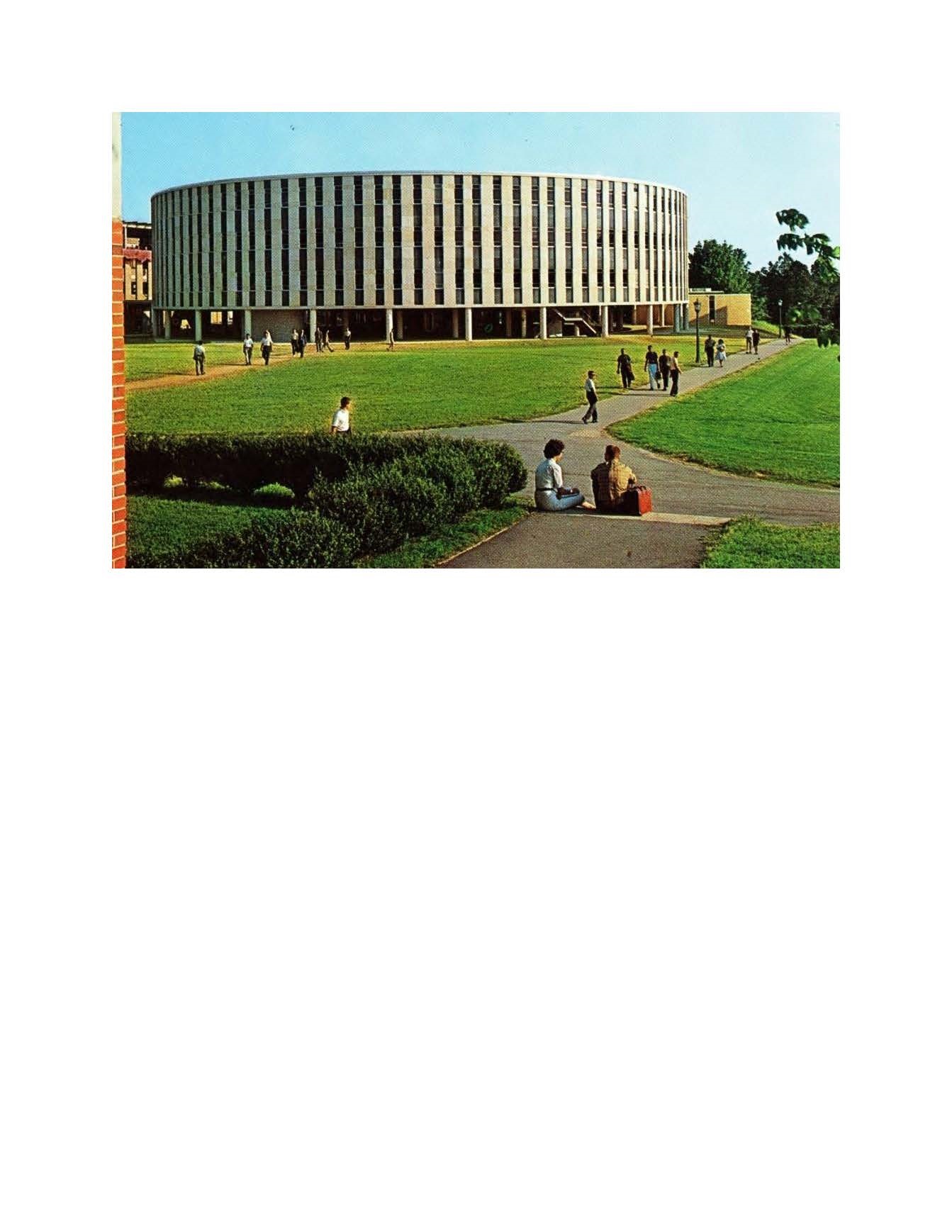