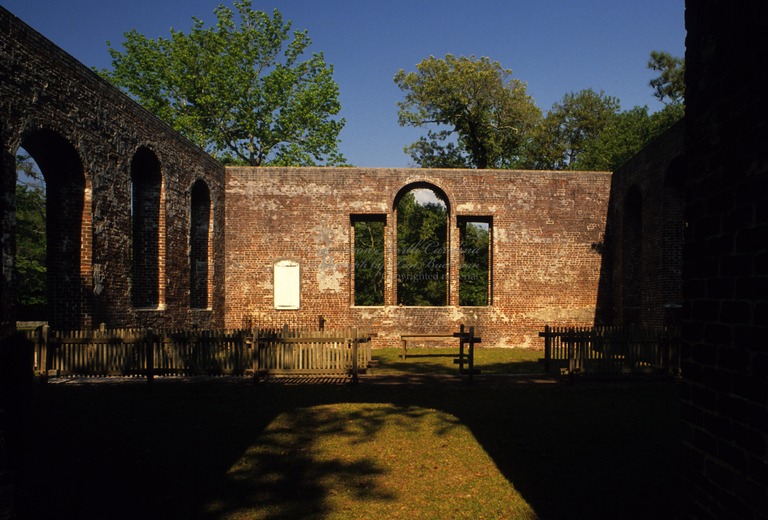 Thomas Dick (fl. 1760s), carpenter, is the only builder identified as having worked in Brunswick, the prominent but short-lived colonial port on the Cape Fear River. In 1762 he was mentioned as a carpenter “who wrought at his excellency the Governor’s” a large two-story house with broad piazzas—evidently Governor Arthur Dobbs’s house, Russellborough, which was later inhabited and described by Governor William Tryon. In 1762 Dick undertook completion of the roof of St. Philip’s Church, the imposing brick church now preserved as a ruin at Brunswick Town State Historic Site. Thomas Dick was listed in tax records in Brunswick and New Hanover counties from 1762 through 1769. There was more than one man in the colony by this name. One was a loyalist whose lands were confiscated and sold; another served in the American Revolution and subsequently lived in South Carolina. Probably still another Thomas Dick appeared in Guilford County in the 1790s and later. Which (if any) of these was the colonial carpenter is not known.