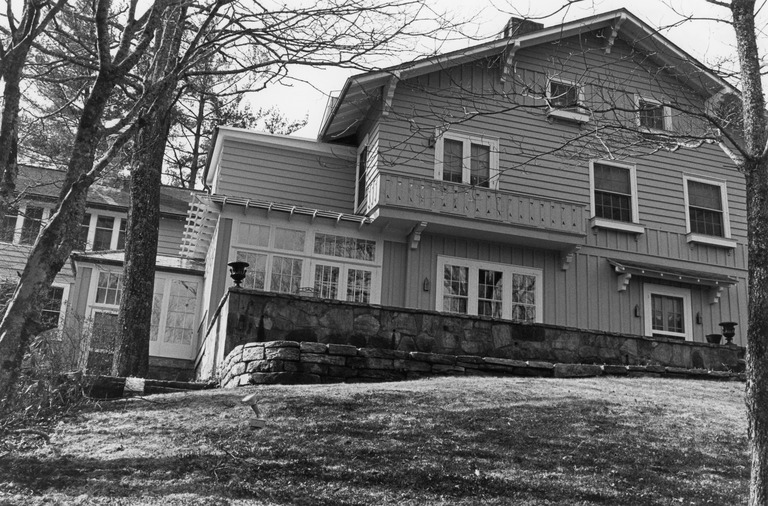 J. Neel Reid (1885-1926) was a prominent Atlanta architect whose only known surviving work in North Carolina is the picturesque, board-and-batten residence known as Hillmont (1915) in the western North Carolina resort community of Lake Toxaway.

Neel Reid, as he was known, has been described as “the best-known residential architect in Atlanta,” with his houses noted for their refinement of style and level of prestige. He was born and grew up in Jacksonville, Alabama. His family moved to Macon, Georgia, where he apprenticed with Curran Ellis, and he then went to Atlanta and worked for architect W. F. Denny. He and his future architectural partner Hal Hentz studied at Columbia University (1905-1907) and then traveled in Europe where Reid reportedly studied briefly at the École des Beaux-Arts in Paris. After working in New York City, in 1909 Reid formed a partnership with Hentz in Atlanta. The firm’s work displayed various renditions of Colonial Revival styles, with eclectic use of classical elements and other revivalist elements. Later members of the firm included Rudolph Adler and Philip Shutze. Reid and his firm are regarded as being among the most important southern Colonial Revival architects.

Hillmont is the only survivor of a once grand resort complex around the lake created by a dam built on the Toxaway River by J. F. Hayes, an industrialist who ventured into western North Carolina’s tourism business, which grew rapidly with the arrival of the railroad. The resort, which included a luxury hotel, was sold in 1912 to E. F. Jennings of Pittsburgh, who sold lots for individual residences for an elite clientele.

Among the lot purchasers was Lucy Camp Armstrong of Savannah, the wife of shipping magnate George Armstrong; their Italian Renaissance style mansion is a landmark of Savannah. Given Neel Reid’s stature and the proximity of Lake Toxaway to Georgia, it is not surprising that Mrs. Armstrong selected him as architect for her summer home. She expressed her desire for a large but informal residence using natural materials to complement the mountain setting, with touches of Swiss chalet motifs inspired by her travels. Although Reid is best known for his work in classically inspired styles, as a Beaux-Arts influenced architect he could readily respond to the setting and his client’s wishes, as he did here.

In 1916, the great flood that swept western North Carolina tore away the dam. The lake dried up, and the resort community failed. Mrs. Armstrong was one of four residents who continued there, expanding the house and making it her year-round home for many years. (Mr. Armstrong died in 1924, and she married Carl Jerome Moltz in 1930.) In 1961, the dam was rebuilt as part of a private resort community. Hillmont served as the clubhouse, and it later operated for several years as the Greystone Inn.