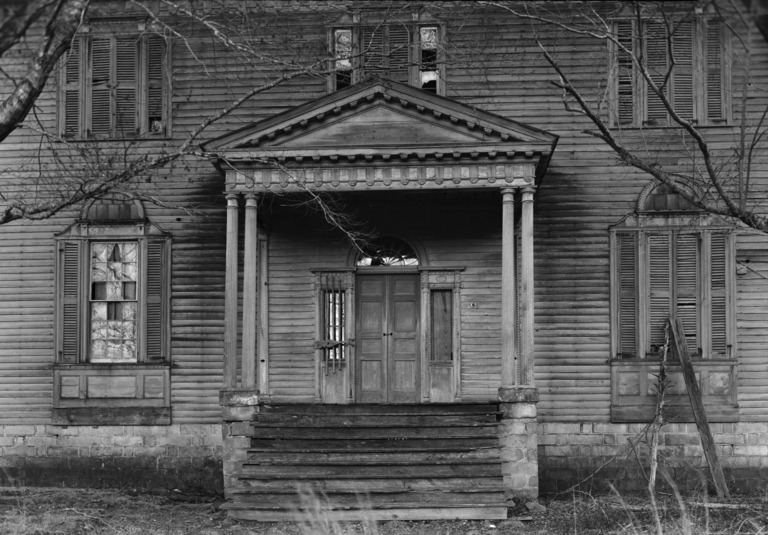 James Burgess (fl. 1820s), a carpenter, is described by tradition as the “architect” of elaborate Federal period houses in Warren and Halifax counties identified as the Montmorenci school. In the 1930s, architectural historian Thomas T. Waterman referred to local tradition that Montmorenci and Prospect Hill (both lost) and other houses were “attributed to Burgess, a builder of Boydton, Virginia.” An early 20th century memoir by Warrenton’s Victoria Louise Pendleton cited a “Mr. Burges [sic]” as builder of the Coleman-White House in Warrenton. These houses and others share distinctive decorative elements including a fan-shaped detail on cornices, a spool bead on corner posts, and ornate mantels. Other stylistically related houses include Oakland in Halifax County; the Littlejohn House in Granville County; and Dalkeith, Elgin, Mount Petros, Shady Grove, and Tusculum in Warren County, as shown and discussed in Johnston and Waterman, Early Architecture of North Carolina; Bishir, “Montmorenci-Prospect Hill”; and McFarland, Warren County. Whether any of these buildings, part of an especially distinctive regional group, can be solidly attributed to Burgess or any builder remains an open question.

The only known record of Burgess (since lost) comes from notes copied from a ledger kept by planter William Williams Thorne during construction of Prospect Hill (1825-1828) in Halifax County. A copy, made by Dora Clark of notes by descendant Annie B. Thorne in the early 20th century, cited a fee of $1,800 for “architect” out of a total cost of $3,545, and added the statement that “The architect for the house Prospect Hill was a Mr. Burgess and his fee, according to the ledger was $1,800.”

This “Mr. Burgess” has not been fully identified, but he may have been the James Burgess who was active in Warren County during the 1820s and who is the only Burgess known in the building trades there in the period. Warren County records show a James Burgess taking James Fowler as apprentice to the house carpenter’s trade in 1824, and a James Burgess appeared in deeds, tax lists, and marriage bonds of the 1820s. There is no other documented evidence of his work, however, and some of these houses have also been associated with Warren County carpenter Thomas Bragg, Sr.; it is possible that the two men worked together for a time. Kenneth McFarland relates that James Burgess lived in Warren County until 1846 when he moved to Franklin County; he does not appear in the 1850 census. He was building a mill there at the time of his death in 1856 and his estate included many carpentry tools and two copies of a millwright’s guide.