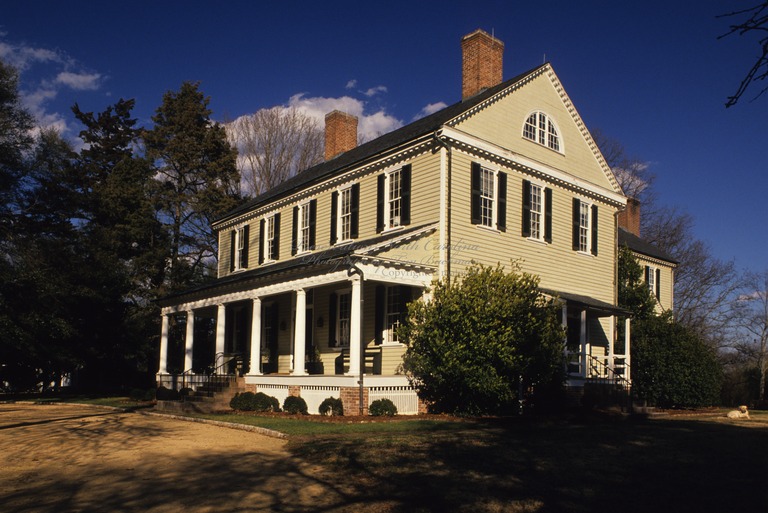 Elhannon Nutt (fl. 1800-1810s) was a carpenter and joiner who fashioned elaborate and high quality woodwork, most notably mantels, for the houses of some of the central Piedmont’s wealthiest men, where his work was combined with that of carpenters John J. Briggs and William Jones.

According to Jean Bradley Anderson, Elhannon was the third son of William Nutt of Wake County, who mentioned him in his will of 1808. Nothing is yet known of Elhannon’s training or early life. He summarized his recent work in the Raleigh Star on June 21, 1811:

I Wish to Inform the Public/ That I am now at leisure and ready to make an engagement in my line of business, which is that of House Carpenter and Joiner. I will obligate myself to execute work in a superiour manner to what has been customary in this place at the common prices and with dispatch. Should any gentleman have any doubt of my industry and faithful execution of work, I will refer them to Duncan Cameron, Esq., Capt. Wm. Jones, John Haywood, Esq., and other gentlemen, in whose employ I have lately been. I am ready to commence work at ten days notice.

Captain William Jones was a respected Raleigh builder with whom Nutt was associated on various projects including Haywood Hall, the home of state treasurer John Haywood, in which the elaborate mantel in the main parlor is attributed to Nutt, based on similarity with his documented work. The best documented work by Nutt is the set of elaborate mantels (chimney pieces) he fashioned for Fairntosh, the plantation house of Duncan Cameron, another of his references. Nutt’s May 1811 bill to Cameron for $196.47 included four individually itemized chimney pieces—the most ornate—for the first floor rooms and four more as a group for the upstairs rooms. These richly carved mantels with paneled overmantels and cushion friezes combine Georgian and Federal motifs in distinctive fashion. Similar mantels at Ayr Mount, the Hillsborough home of merchant and planter William Kirkland, signal Nutt’s role in that grand house as well. Raleigh carpenter John J. Briggs executed other carpentry, including stairs and paneling, at both Ayr Mount and Fairntosh.

Little else is known of Nutt. He took an apprentice, Bennett Nutt, aged 15, to the joiner’s and house carpenter’s trade in Wake County in May 1810. Some accounts indicate that he was born about 1770, a son of William Nutt. In 1812, Elhannon Nutt served as captain of a Wake County militia unit, and he may be the Elhannon Nutt, a carpenter in his 30s who enlisted in the United States Army (45th Infantry) as a private in 1815, suffered from illness, and died at Fort Moultrie on September 19, 1816.