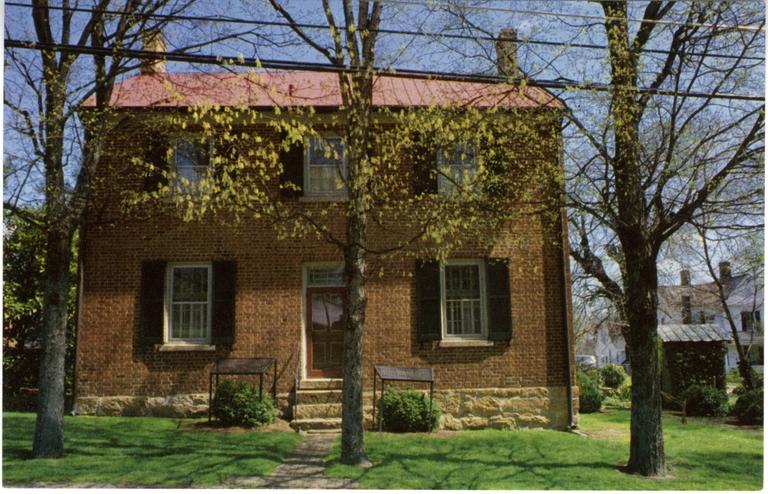 Henry R. Austin (ca. 1808-1872), a builder and cabinetmaker in the part of Rowan County that became Davie County, is one of the few artisans linked with the substantial antebellum buildings of the western Piedmont. In 1833 he advertised in the Salisbury Western Carolinian that he wished to “employ in the cabinet-making business, two or three workmen of steady and industrious habits and good character,” requesting applicants to call on him in Mocksville. By 1850 he employed two hands and produced forty-five pieces of furniture a year, valued at $717. His is likely the name inscribed on the tablet “Built 1835 by D. Lyles and H. Austin” at Third Creek Presbyterian Church—a handsome Flemish bond brick building with early Greek Revival finish and galleries. Lyles, who has not been identified, may have been the brickmason.

When Davie County was formed from Rowan in 1836 and Mocksville became seat of the new county, Henry R. Austin provided the winning plan and proposal ($6,300) for building the Davie County Courthouse (1837-1839), which was two stories tall, 45 by 40 feet, with “four half-circular pillars” on the north and south fronts, plus a cupola. In bidding for the job in 1837, he cited his “caracter [sic] as a workman.” He estimated the cost of the jail at $4,500, which he built as well: the Davie County Jail (1839), a 2-story, Flemish bond brick building of domestic form that is among the oldest surviving jails in the state. In this period, it was common for county jails to be well-built, even handsome structures that resembled residences, and to stand in prominent locations in towns. (See also the Craven County Jail in New Bern, built by Joshua Mitchell, Donum Montford, and others.)

Austin, like many other craftsmen, combined his trade with farming and other ventures. In 1850 the census taker listed Henry R. Austin as a farmer. He headed a large household including his wife Elvira (Gaither), whom he had married in 1830, along with several children and William Walker, a 20-year-old cabinetmaker. Austin also owned nine slaves including three men of working age (possibly cabinetmakers, carpenters, or brickmasons). In 1860 Austin was the landlord of a hotel in Mocksville, with Elvira identified as the landlady. By 1870 he was listed in the census as clerk of superior court and head of a large household that included his wife and adult children.