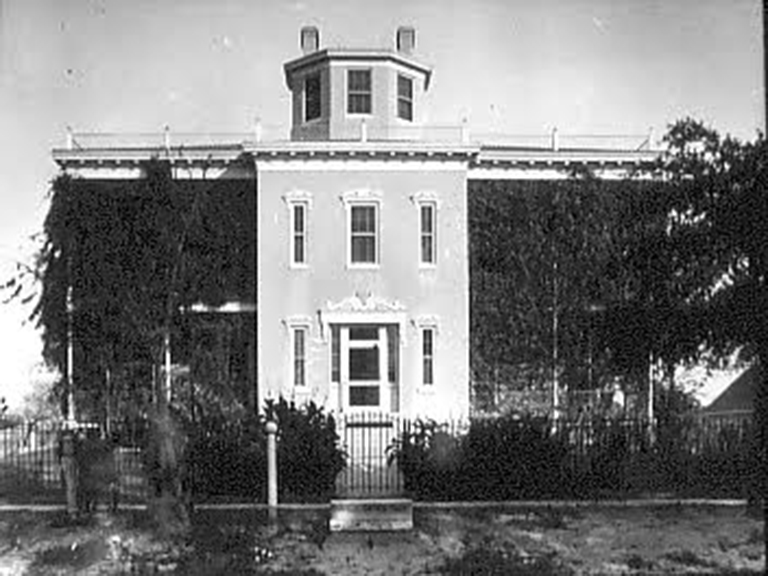 Ammi B. Young (1798-1874) was a New England architect who served as Supervising Architect of the Treasury from 1852 to 1862, the first man to occupy that newly created federal position. In that capacity he was in charge of planning federal buildings across the nation, including numerous custom houses and post offices. The United States Marine Hospital in Wilmington, North Carolina, was one of the few buildings in the South designed by that office.

A native of New Hampshire who moved to Vermont in 1830, Young planned many courthouses, churches, and residences in Greek Revival and Gothic Revival styles. In an 1837 competition, he won the commission for the Boston Custom House and moved to Boston to superintend its construction, which lasted until 1847. He entered the 1850 competition to design the enlargement of the United States Capitol, but Thomas U. Walter won the job.

Young was appointed in 1852 as the first Supervising Architect of the United States Treasury Department. The buildings planned under his supervision emphasized fireproof construction and extensive use of cast iron and other metal as well as masonry. Many displayed classical revival modes, while others reflected Italianate and Italian Renaissance styles such as the Custom House and Post Office in Petersburg, Virginia.

Young’s only known project in North Carolina was the design for the Marine Hospital in Wilmington, an Italianate edifice of brick, stone, and iron. The contract was awarded in 1857 to builder John Walker, who was at that time working on the Custom House and Post Office in Petersburg. Walker’s winning low bid was for $28,968.25, the only one that came in under $30,000 and considerably lower than that of popular Wilmington builder Robert B. Wood (see Wood Brothers), who bid $37,061.31 and offered letters of local support.

Walker’s low bid likely reflected his unfamiliarity with local circumstances, including the fact that because of the absence of suitable local stone, Wilmingtonians imported their building stone from the north. Although this situation was pointed out by bidder Wood and other local informants, whether the authorities or Walker took this information into consideration is unknown. Various problems ensued, including the necessity of opening a stone quarry in Virginia, before John Walker and his brother James Walker completed the hospital. James Walker settled in Wilmington and had a strong career in North Carolina.