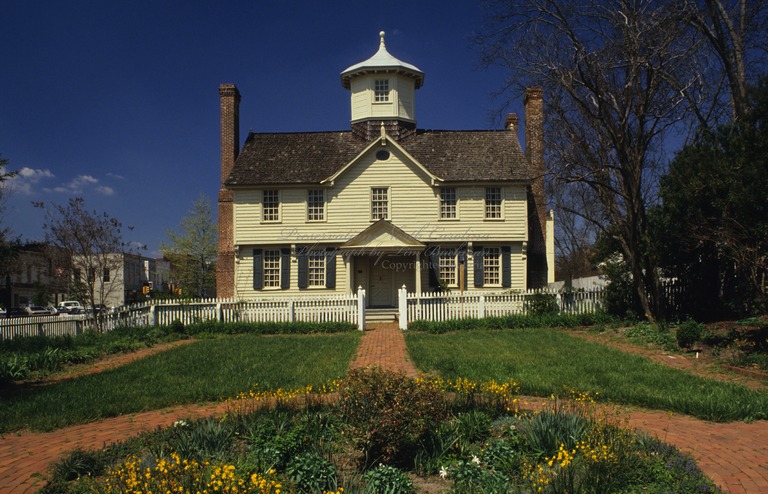 Robert Kirshaw (fl. 1740s-1772), was a carpenter in Edenton and Chowan County in the mid-eighteenth century. He is of special interest because his suit against the estate of Francis Corbin, the English-born land agent for Lord Granville in North Carolina, has suggested his possible role in building Corbin’s famed Cupola House in Edenton. No other projects have been linked with Kirshaw.

Like most tradesmen in colonial North Carolina, Kirshaw left only a scanty paper trail. Where he came from, his parentage, and his craft training remain unknown. He or his father might have come from Lancashire, England, an area with a number of Kershaws and Kirshaws, including some who were carpenters and some named Robert. (Several men of that name, including a carpenter and joiner who arrived in Nova Scotia in 1749, immigrated to Canada and the American colonies.) In any case, Robert Kirshaw appeared in Chowan County records by 1750 and was identified as a carpenter in a deed of July 23, 1772. The fact that he endorsed his will (as Robert Cashaw) with his mark suggests that he could not write, and he evidently did not own land. At his death late in 1772 he left a modest estate to his children, Martha Robinson and Henry Kirshaw, according to the terms of his will of September 30, 1772.

Earlier that year Kirshaw had finally collected on a debt from the estate of Francis Corbin, a transaction that suggests his linkage to the Cupola House, built for Corbin in 1758-1759. Local tradition had long asserted that the house was built for Corbin, as suggested by the 1757 date on the front finial. Twentieth-century architectural historians claimed an earlier date on stylistic grounds, but late in the century, a dendrochronology study indicated that the timbers for the house were cut in 1757, during Corbin’s ownership, and thus focused new attention on Kirshaw’s possible role.

The Cupola House is unusual in its combination of a massive cupola with an overhanging second story or jetty, the latter feature resembling buildings in New England, England, and northern Europe. The construction of the frame, however, does not follow traditions seen in those areas but suggests an adaptation of southern techniques to accommodate the unfamiliar structural challenges presented by the combination of the overhang and jetty. The interior features elaborate and in some cases eccentric woodwork, including rich paneling and carving, an ornate and heavy stair, and mantels that appear to incorporate motifs from William Salmon’s Palladio Londinensis (1738).

Both the complex construction and the elaborate finish of the Cupola House indicate that Corbin employed carpenters and joiners of proven skill and virtuosity. None of these craftsmen, however, has been certainly identified, and only for Kirshaw is there a promising clue. At Francis Corbin’s death in 1767 his substantial estate went to his widow and executrix, Jean Innes Corbin. During settlement of the estate, in November 1770 Robert Kirshaw brought suit against “Jean Corbin, administratrix of all & Singular the Goods Chattles Rights & Credits which were of Francis Corbin, Esquire, deceased,” seeking to recover £600 “Proclamation Money which to him she owes.” When the case came before the Edenton District Superior Court on May 5, 1772, the jury awarded Kirshaw £211, 6 s.—still a substantial sum. Although no documents associated with the suit indicated the nature of the debt, the large sum and Kirshaw’s occupation as a carpenter raise the strong possibility that Corbin still owed him for building his fine house in Edenton more than ten years before. Corbin’s household goods and slaves were sold in 1768, but the house went to Jean and later to Francis’s brother Edmund Corbin, who sold it to Dr. Samuel Dickinson in 1777; it descended in Dickinson’s family for over 140 years along with the tradition of its construction for Corbin.