A marble plaque dated 1883 and located on the courthouse reads, “Sloan and Balderston, Architects/ John B. Lane, Builder/ Wm. Hay, Painter.” The previous courthouse burned in 1861, and because of the Civil War and its aftermath, the county did not replace it for several years. Commissioners advertised for plans in 1880 and received completed plans in August, 1882. See Peter B. Sandbeck, The Historic Architecture of New Bern and Craven County, North Carolina (1988). 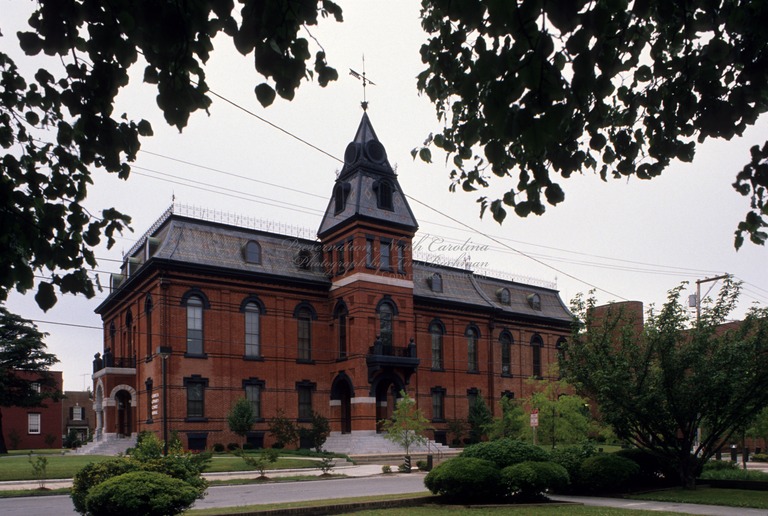