The congregation purchased the lot for the new church in 1858 and sent the minister and a deacon to Richmond, Baltimore, Washington, and other cities to see churches and consult architects. On April 18, 1859, the building committee recommended Sloan as architect to design a church in “Early English Gothic” with two towers, one high and one low. The minister of First Baptist Church recorded stages of its construction, such as: April 16, 1861, “Fort Sumter bombarded all night! . . . the windows on towers of our church raised to-day. So glad.” July 30, 1861, “The doors and windows are being closed and the lumber piled” (quoted in Wrenn, Wilmington, 211-212). In 1996, the tall spire of First Baptist Church was toppled by Hurricane Fran, but it was rebuilt in 1998. 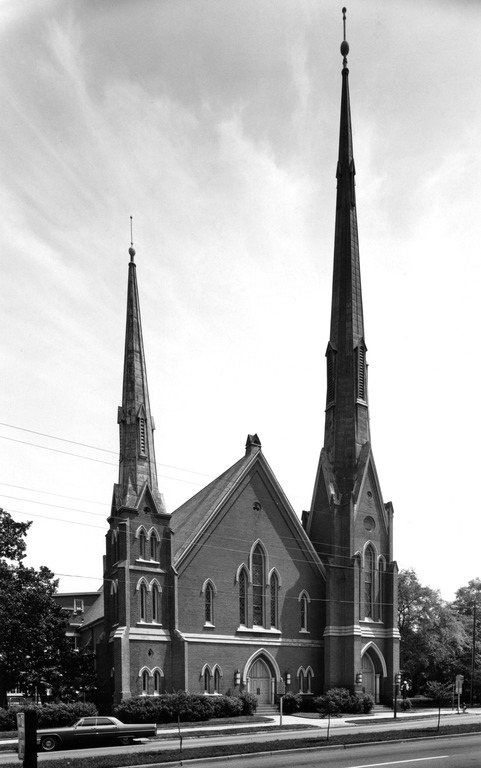