The architect of Temple Israel has been described as Alex Strausz, based on the report in the May 20, 1875 Wilmington Morning Star that the contract for the symmetrical structure “of the Moorish order of architecture” was given to the Cape Fear Building Company, and was the “original design” of Alex Strausz, a partner in the company. However, other evidence suggests that it was planned by Samuel Sloan: on the 50th anniversary of the Temple, President Marcus Jacobi (whose father was founding president) said the design was obtained from Samuel Sloan of Philadelphia. James Sprunt states in his Chronicles of the Cape Fear that the building was “according to plans drawn in Philadelphia and altered and amended by our townsman, James Walker”. Beverly Tetterton, Helen F. Solomon and JoAnn Fogler, History of the Temple of Israel, Wilmington, North Carolina, 1876 - 2001 (2001). 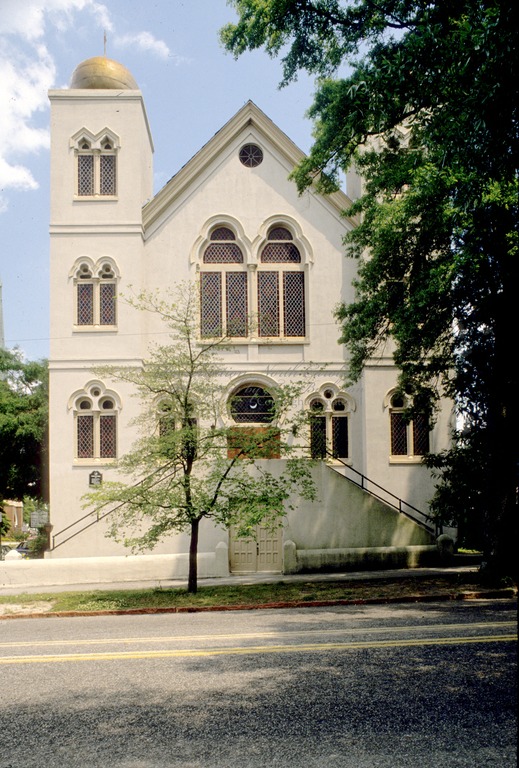