Drawings for the 1926-1927 alterations to South Building, including the south portico, are labeled, “office of Atwood and Nash, Inc., architects and engineers, Chapel Hill, N. C.,” and dated 1926 and undated (Special Collections Research Center, NCSU Libraries, Raleigh, North Carolina). A set of steps and walls accentuating the descent to the quadrangle below was added in 1929, enhancing the Beaux-Arts effect of the tall building with portico. The postcard view shows the south side of South Building as redesigned for the 1920s expansion of the campus southward. 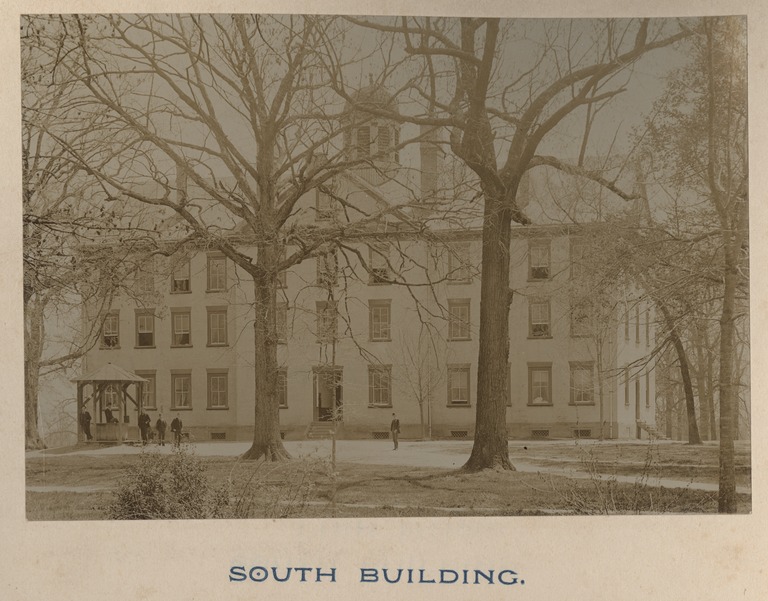