The 3-story brick building is built of pressed brick, including the columns at the entrance. The Reidsville Webster’s Weekly of April 4, 1907, cited the Smith firm and mentioned that the company had installed fireproof vaults in the previous courthouse, which burned in 1906. The 3-story building is larger than most of the courthouses credited to Smith’s firm and likely reflects Milburn’s role as architect. 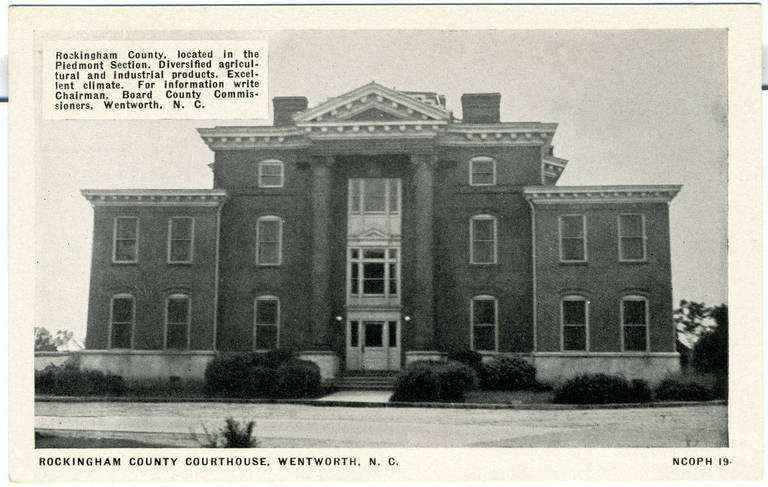