The 8-story building is one of the modest 1920s skyscrapers that redefined downtown Raleigh’s skyline. It was commissioned by William Allen Erwin (1856-1932), a relative of the Alamance County Holt manufacturing family who worked with the Duke family in their entry into the textile industry and became an industry leader himself. It was built in part as a philanthropic investment, for the some of the proceeds from rentals to physicians, dentists, and various corporations were diverted into a trust that benefited the Chapel of the Cross in Chapel Hill, which Erwin had built and given to the Episcopal Diocese (see Hobart Upjohn). The gala opening of the building was in December, 1925. The architects and the contractor were identified in the December 19, 1925, News and Observer. 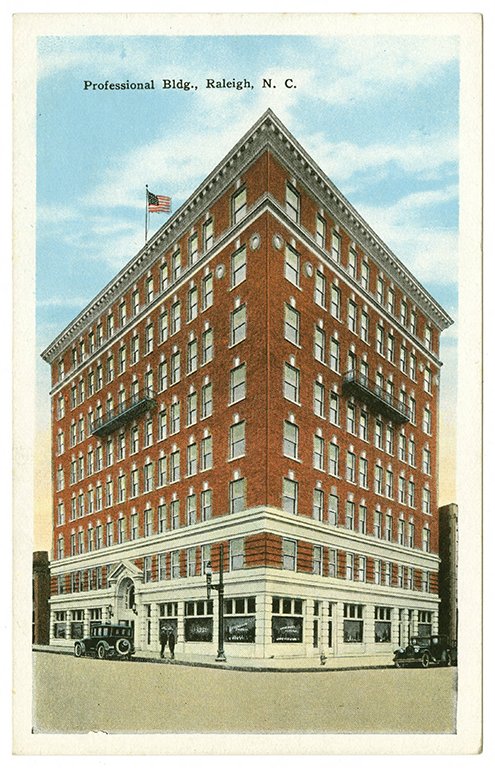