When R. S. Tucker opened his new house for the inspection of his friends, the mansion Percival designed was “regarded as a marvel of architectural skill, full of the greatest conveniences and magnificently furnished throughout” (Greensboro Times, July 30, 1859). The Tucker House was razed in 1968. A large carriage house built later in the 19th century on its grounds still stands and is an arts center. It is possible that the carriage house was built by Thomas S. Briggs’s contracting firm, but no documentation has been found. 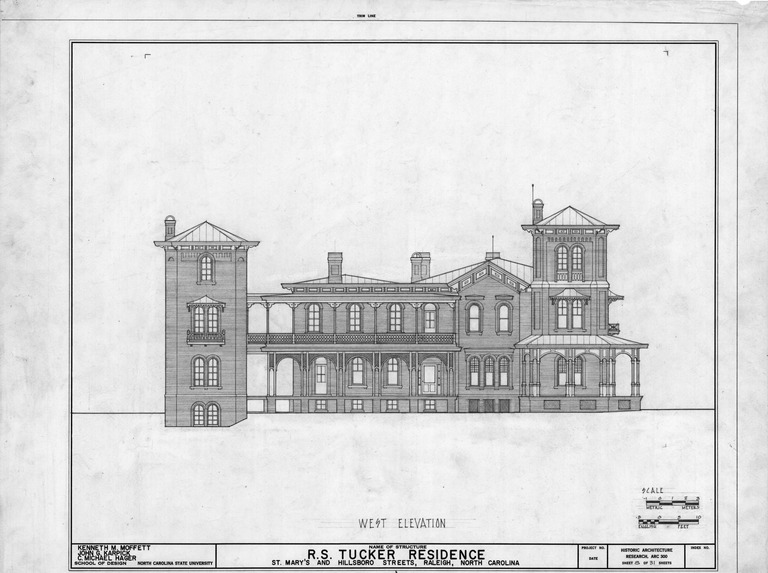