Further information about the planning and construction of First Presbyterian Church appears in a notice in the Newbern Sentinel of February 13, 1819, which suggests that Dewey had a leading role in the project. The notice, signed by building committee members Robert Hay, William Hollister, James Griswold, and S. M. Chester, announced that the committee on behalf of the church trustees would receive proposals for “contracts to furnish materials for the construction of a wooden Meeting House, 72 feet long, 52 feet wide, and 28 feet high; and also for building the same. For further particulars, as to the structure, reference may be made to Mr. John Dewey, who has a plan of it in his possession.” Whether Dewey or someone else had drawn the plan is not known. 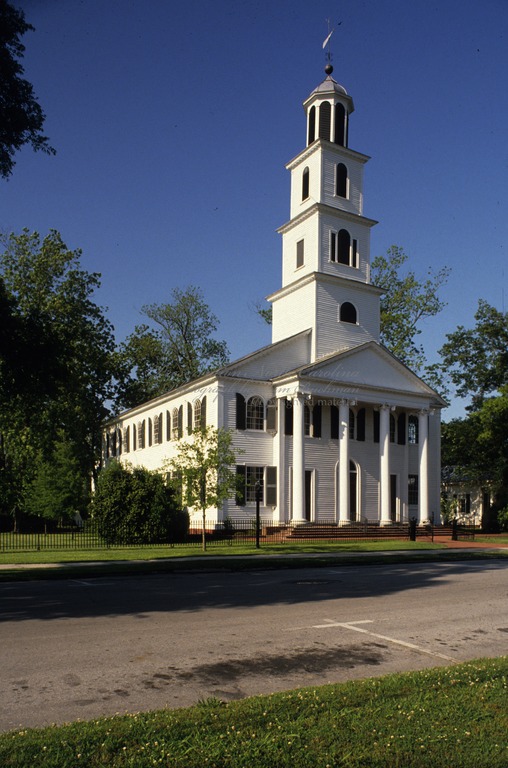