After various bidders submitted proposals to erect the Federal “public building” of brick or stone, W. H. Smith of Michigan received the contract in late 1888 to construct it of Wadesboro brownstone. Early in 1889 the plans were changed to add the tower. The cornerstone was laid June 4, 1889. Stonemasons and stonecutters came from other locales to accomplish the work. The building (pictured on the right), which contained various Federal offices as well as the post office, including a weather station in the tower, was razed in 1936 to make way for the present Georgian Revival style red brick post office. 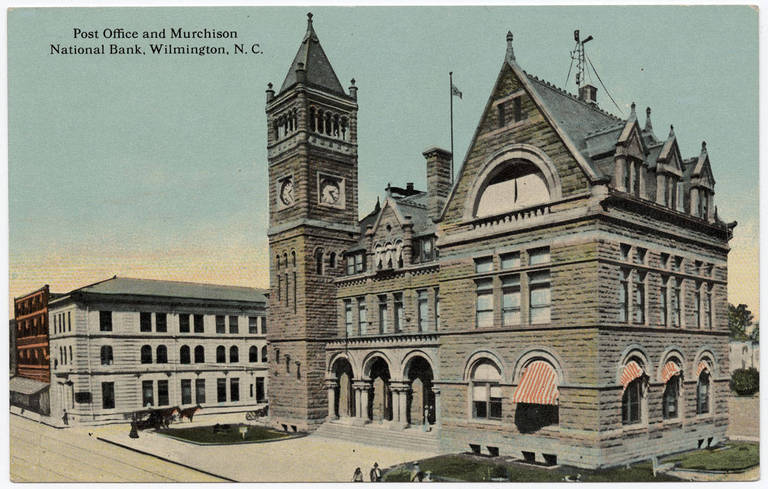