The domed auditorium with portico of six Ionic columns dominates the Georgian style campus from its location at the closed end of the open quadrangle. In 1964 it was named for Alice Mary Baldwin, the first Dean of the Woman’ s College and the first female faculty member of Trinity College/Duke University. 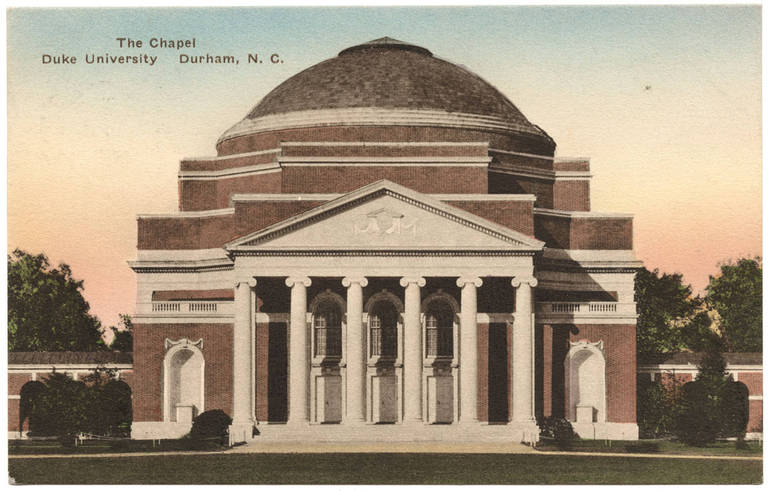