In 1916 Sirrine announced construction of 80 bungalows, a hotel, a school, and an addition to the Y.M.C.A building in the mill village of Erlanger (Manufacturers’ Record (June 22, 1916). Much of the early 20th century Erlanger Mill Village still stands, including many Craftsman style bungalows from this period. A company brochure of 1917 stated, “the employees’ cottages in the newer portion of the village are the most modern bungalow designs, being built with great individuality from thirty original special drawings.” Noted landscape designer Earle Sumner Draper planned a portion of the village for a company that emphasized good living conditions. The houses are similar to those built elsewhere from designs by the Minter Homes Company. See Heather Fearnbach, Erlanger Mill Village Historic District, National Register of Historic Places nomination (2007). 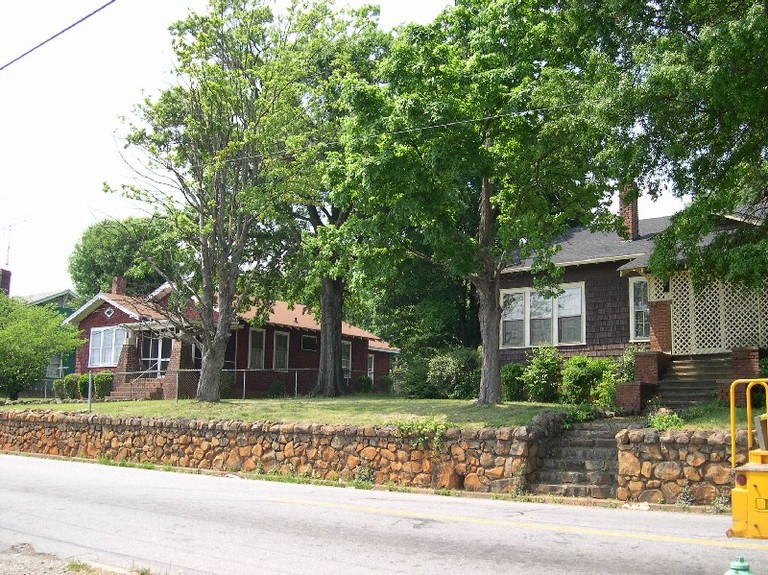