Laura A. W. Phillips and Deborah Thompson, Transylvania: An Architectural History of a Mountain County (1998).

The large house with a complex roofline has walls of uncoursed rock-faced granite with beaded mortar joints of light brown concrete. The gray stone is subtly variegated with feldspar, mica, and quartz. There is a cottage of similar stonework. Charles E. Orr, a native of Pennsylvania, was a prominent local citizen by at least 1902 and served as postmaster. The stone building is attributed to William (“Dock”) Wright, the eldest of the Wright brothers, and Joseph Few (“Joe”) Wright, the youngest. It stands across the street from the Wright brothers’ St. Philip’s Episcopal Church, which was under construction at the same time, and it displays the same type of stone, which had come from the private quarry of William Breese. By this period, Fred Mills was working with the Wrights. See Clay Griffith, Charles E. Orr House, National Register of Historic Places nomination, 2006. 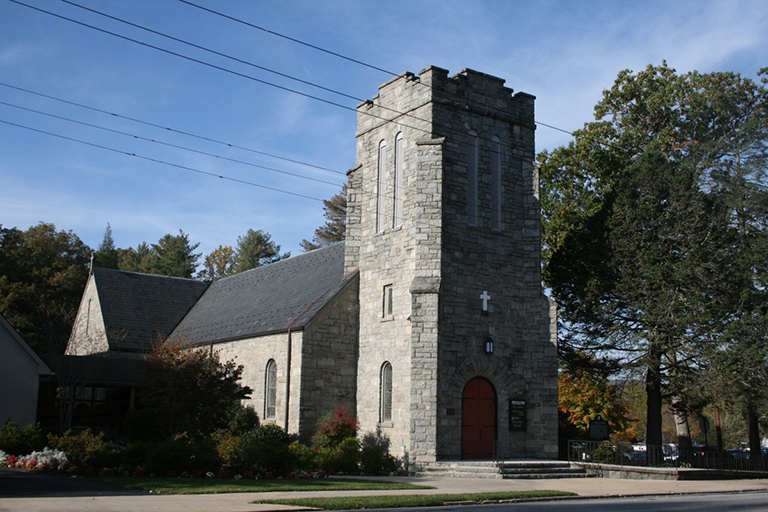