According to Lawrence Lee’s History of Brunswick County (1980), the county’s 1854 courthouse was planned by Gardner: “The plans submitted by Benjamin Gardner were selected, for which he was paid $60.00” in 1852 (p. 93 and 240n). Lee’s info came from the county court minutes. The rectilinear, 2-story brick building survives with some alterations (including stuccoing and added wings) as the Southport City Hall. (Information courtesy of J. Daniel Pezzoni.) Southport was the county seat until 1978, when the seat of government was moved to the more centrally located town of Bolivia. The postcard image shows the courthouse before its major alterations. 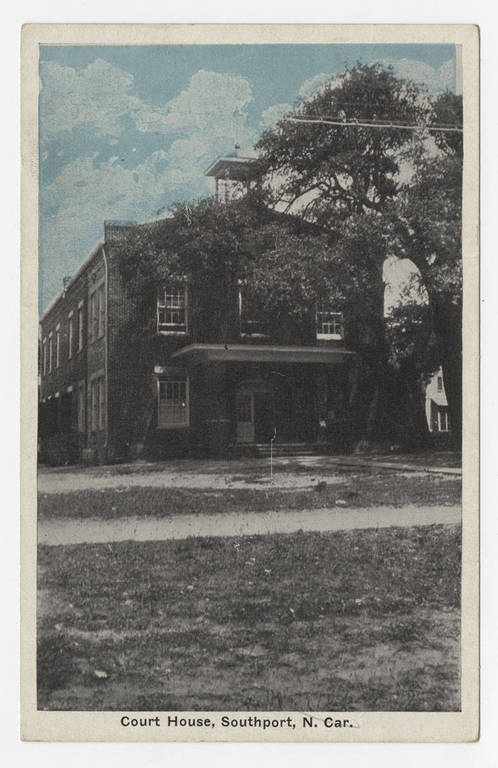