St. Cyprian’s Episcopal Church, founded by 1866, was one of the earliest if not the earliest African-American Episcopal congregations in the state. The congregation met in a frame building, formerly a Baptist church, on this site until 1910, when construction began on the imposing brick edifice designed by Simpson. The cornerstone reads, “St. Cyprian’s Church, Built 1910, H. S. Simpson, architect.” 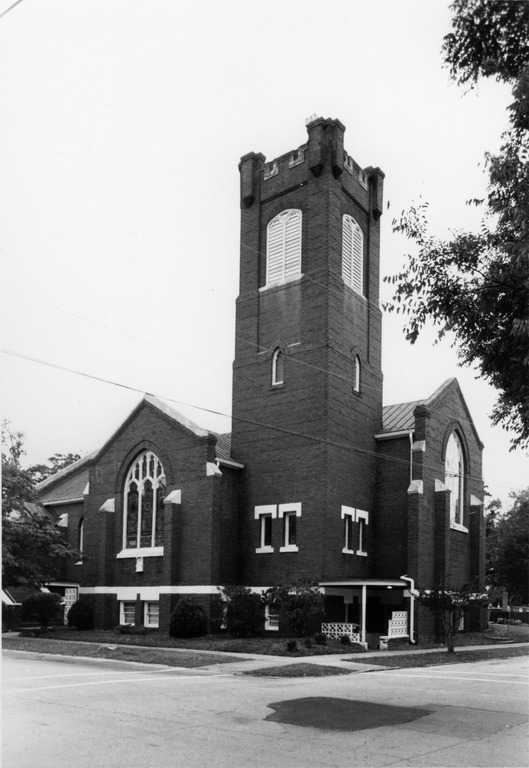