The design as executed followed a concept, including the high portico, sketched by Matthew Nowicki, who died in 1950. (See Bruce Harold Shafter, The Writings and Sketches of Matthew Nowicki (1973), p. 53). Elizabeth Waugh credits the building to William Deitrick. It has also been credited to G. Milton Small, who was in Deitrick’s office for a time. It took several years from initial concept to completion. The building won a 1955 award from the North Carolina chapter of the AIA (the first year the awards were presented after a hiatus begun during the Great Depression), and the award went to William H. Deitrick and John C. Knight. More research is needed to discern the roles of the various architects in the building, which stands at the interface of “town and gown” on Hillsborough St. For an in-depth discussion of the building see http://goodnightraleigh.com/2011/09/nowicki%E2%80%99s-other-masterpiece-the-erdahl-cloyd-wing-at-nc-state/. 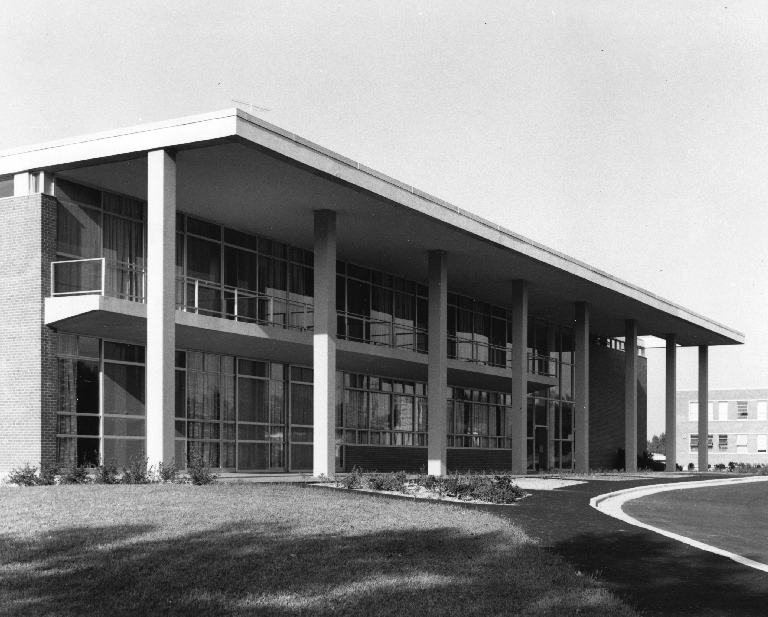