The classic Georgian Revival house was built for Janie Jolly, the widow of Frank Jolly and was later purchased by Gov. Broughton. Satterfield’s building list includes a project for Mrs. Frank Jolly, and he is noted as the builder in the Hayes Barton National Register of Historic Places nomination. Blueprints for the house by Atwood and Nash (held by Special Collections Research Center, NCSU Libraries), show two phases of the design, the first in 1928 and a slightly simplified version in 1929. A recent renovation carried out some of the features that were originally omitted including a kitchen wing on the left. 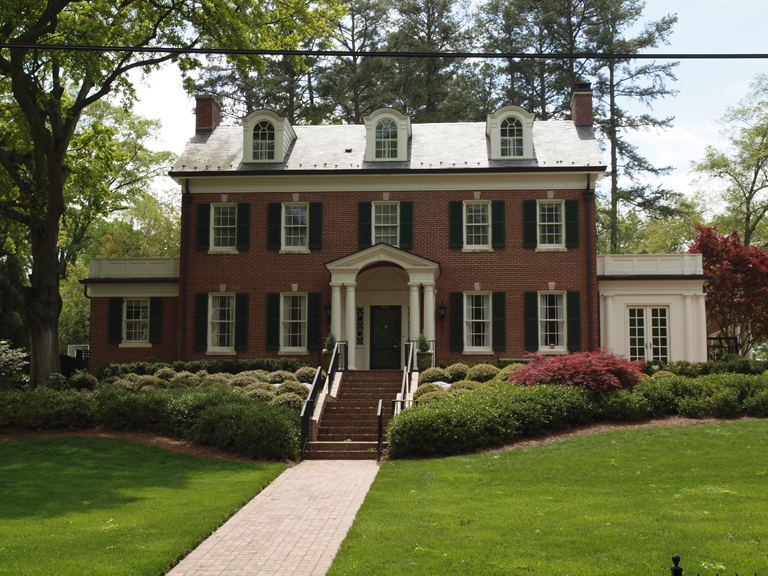